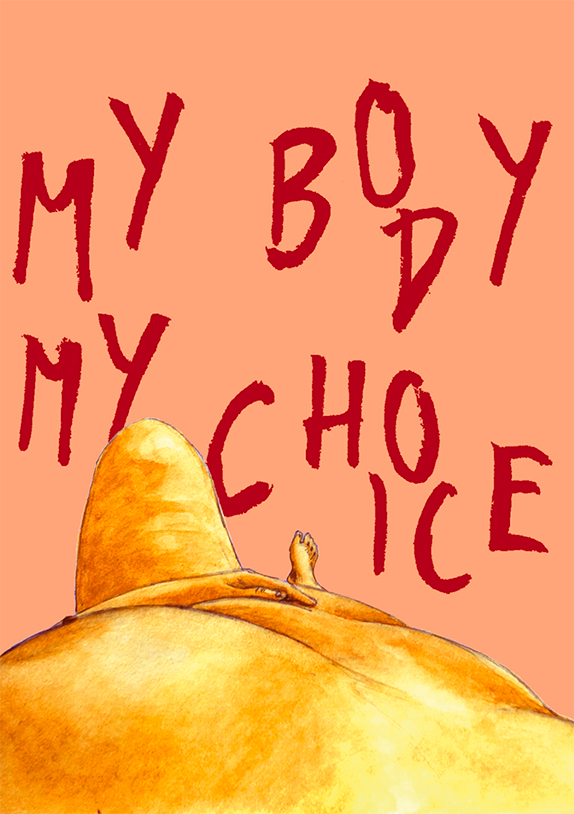 Legal and financial situation of abortions in Switzerland

After access to safe abortions had long been complicated in Switzerland and regulated on a cantonal level, the so-called „time limit regulation“ finally came into force in 2002 following a referendum.

This allows an unpunished and safe abortion up to the 12th week for people who have a regulated residence status, have health insurance and can also pay 700 to 3,000 Swiss francs (depending on the canton and the amount of the fixed deductible). After the 12th week, in case of „severe mental distress“, an abortion can be performed by the attending physician without a second opinion. However, this is often applied more restrictively by institutions and a psychiatric assessment is often required or even consultation with the cantonal doctor.

Pregnant women also have the right to free and confidential counselling by sexual health services, but most of these are located in larger cities. And cantons such as Obwalden, Nidwalden, Appenzell Outer and Inner Rhodes have no counseling centers at all, which significantly reduces accessibility for people with limited mobility. People under 18 years of age can terminate a pregnancy without the knowledge or consent of their parents. However, if you are under 16, a consultation with a sexual health counseling center specializing in adolescents is mandatory. And even though all hospitals are obliged to have a gynecological department offering abortions, the quality and range of abortions available varies greatly from place to place.

A long struggle for self-determination and autonomy

In Switzerland, a deadline rule was first discussed in 1919 in the Basel Grand Council, first accepted and then rejected. Twenty-three years later, with the entry into force of the Criminal Code, so-called “ therapeutical“ abortions were banned under penalty of punishment and only medically indicated abortions were considered legal. It was not until 1975 that the first „initiative for a deadline rule“, which demanded abortion without penalty up to 12 weeks, was submitted and narrowly rejected with 51.7% no votes. This was followed by several initiatives in the 1980s and 1990s, which either fought for a deadline rule or wanted to ban any form of abortion. In 2001, the „deadline regulation“ was finally adopted by the Council of States and the National Council, whereupon the CVP and anti-abortion activists took the referendum and the voters clearly accepted the „deadline rule“ in 2002 with 72.2% yes votes.

And still more than 10 years after the acceptance of the „deadline rule“ this right was attacked in the popular initiative “ abortion financing is a private concern“, which wanted to cut abortions from the basic insurance under the hypocritical pretext to want to lower the health costs and the health insurance premiums. In the end, the initiative was clearly rejected by 69.8% of the vote, sending a strong signal and broad support for the coverage of abortions by basic insurance. This is because restrictions on access to safe abortions have never led to fewer abortions, but rather to more abortions under dangerous conditions. And once again, this initiative has deliberately endangered and discriminated against people who have fewer financial resources.

This is demonstrated by the tireless and long struggle of feminists to freely control our bodies and makes it fundamental to defend these achievements and fight against all attacks on our autonomy and self-determination.

Other texts and translations  here.